Skip to Content
Sign In
0
Save
1529392241
Paperback The little French bookshop : a tale of love, hope, mystery and belonging / Cecile Pivot. 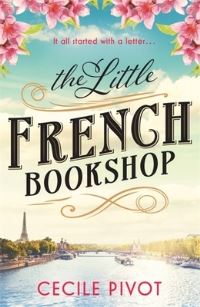 Available: 1
Total number of loans: 1
Loans this year: 0
Number of reservations: 0
Branch availability
Description:
When French bookseller Esther loses her father, she decides to place an ad in a newspaper, inviting struggling readers to join her secret letter writing workshop. To Esther's surprise, applications pile in by the dozens - and before long, an elderly lady, a disillusioned businessman, a disheartened couple and an awkward teenager find themselves sharing stories, seeking advice, and forging new friendships. As Esther's students uncover the hopes, dreams and fears that were hiding behind the pen, Esther, too, finds herself thrown into a new world full of unexpected adventures.